OVER 130 YEARS OF CHAMPION EXCELLENCE

Champion Industries was founded in 1890 in Hoboken, N.J., and was originally known as Thompson & Low. In 1916, Pat Davis, Sr., became part owner of the company and changed the name to Hamilton-Low. Hamilton-Low invented the vortex downwash dish machine, the first machine with the ability to wash, rinse and dry 6,000 pieces per hour noiselessly.

In the same year, Hamilton-Low shipped the first Champion dishwasher to an ocean liner sailing between Europe and America. In fact, Champion's first factory site is the same location where the Chrysler building stands today in New York City. Champion coined the tagline "Built Like a Battleship" because the equipment was strong, heavy and durable.

In 1931, Davis moved the company to Erie, Pa., after turning down Jamestown, N.Y., as a potential location. In 1952, Pat Davis, Sr., retired and gave his two sons, Pat Davis, Jr., and Robert A. Davis, 25 percent stake each in the company while retaining his 50 percent. In 1962, Robert wanted to sell his stake, so one of his salesmen, Gordon Apgar, bought 25 percent under the provision the Davis’ would move the company south where Gordon lived.

They moved to Winston-Salem, N.C., in 1962 and built the original Champion building for $406,000. Champion continued to manufacture commercial warewashers for hospitals, restaurants and hotels. The budding company even had equipment in what was considered the finest hotel in New York City, the Waldorf Astoria.

When Pat Davis, Sr., died in 1967, he left his 50 percent stake to his oldest son, Pat, Jr.  In the same year, Pat and Gordon sold the company to American Sterilizer (AMSCO) in Erie, Pa. Having heard of Champion when the company was located in Erie, AMSCO bought Champion to partner in building hospital utensil sanitizers. AMSCO owned Champion until 1980 when Luciano Berti bought the company.

Unlike AMSCO, Mr. Berti invested in upgrading Champion’s infrastructure and expanding its product line. Under the leadership of Mr. Berti, Champion leads the market with innovations in: built-in hot water boosters; water and energy-saving technology; completely integrated conveying, washing and waste handling systems; single source gas heating systems for dishwashing and beyond. Champion is also dedicated to after-sales service with product support programs that ensure the same level of quality after many years of operation. Champion also produces stainless steel foodservice conveyors known as the Bi-Line series designed to convey a wide range of trays and other foodservice products.

Although Champion is still located in Winston-Salem today, its international operations and affiliation as part of the Ali Group of Foodservice Companies gives it a worldwide reach. Champion has been manufacturing commercial dishwashing equipment for over 130 years and has enjoyed its reputation as a major industry supplier, not only in the U.S. but also in Canada, Latin America, Europe, the Middle East and Asia. Champion's long history of innovation and success has made them the Dish Machine Specialists. 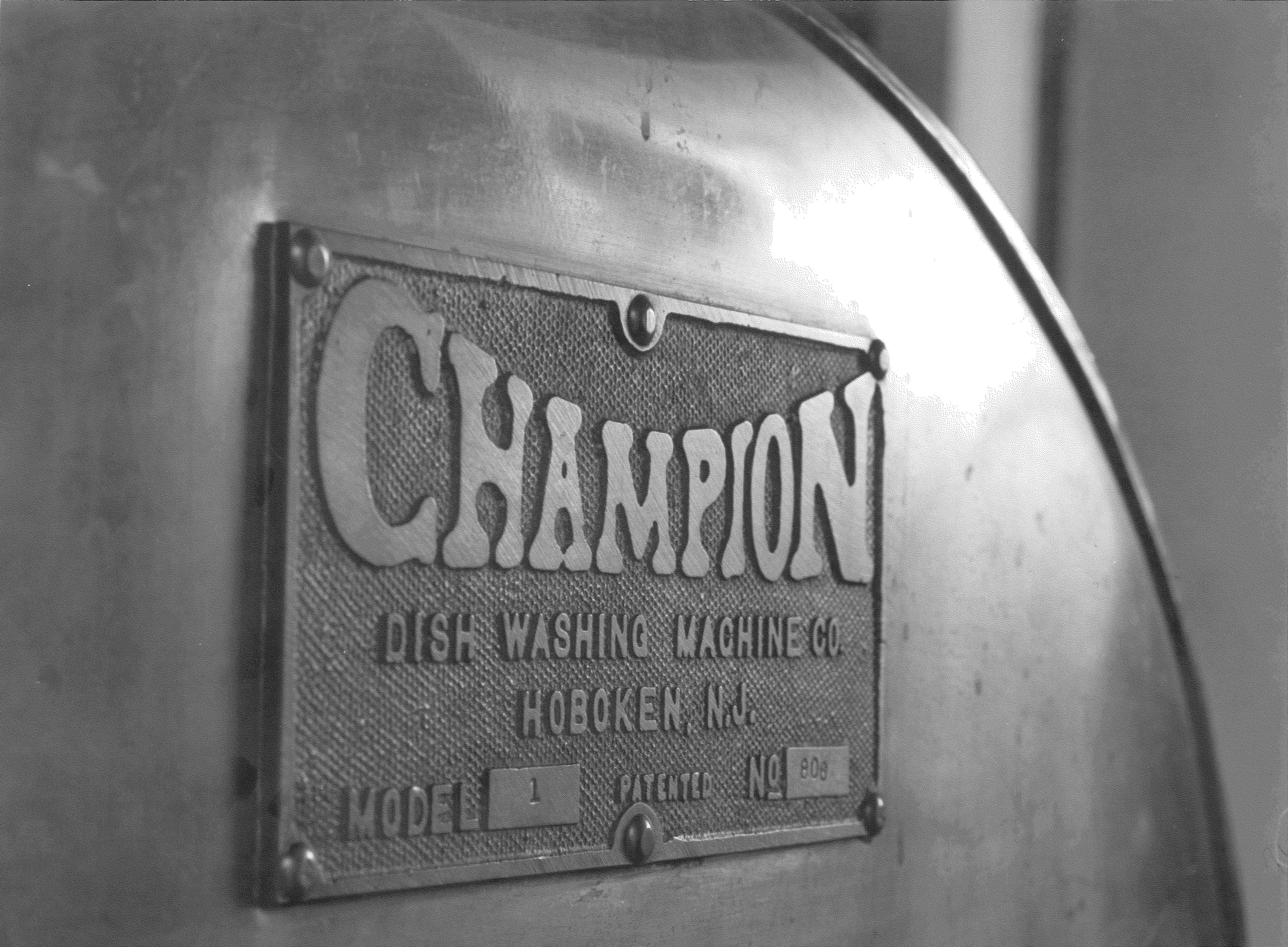 Click here To view historical images that have been preserved over the years.